There are several long distance paths that run through or close to Steyning. The best known are the South Downs Way, the Monarch’s Way and the Downs Link Path.

The South Downs Way is probably the most popular long distance path near Steyning. It passes several local landmarks: Chanctonbury Ring, 3 miles to the west and Devil’s Dyke, about 6 miles to the east, north of Brighton.

The final part of the South Downs Way to the east runs along the Seven Sisters (chalk cliffs) ending at Eastbourne. Read more at https://www.nationaltrail.co.uk/en_GB/trails/south-downs-way/

The Monarch’s Way in Sussex is part of the 615 mile footpath, followed by King Charles II, as he fled the country in 1651. His father Charles I had been executed 2 years earlier. It ends at the port in Shoreham by Sea (5 miles from Steyning) where Charles caught a boat to France.

Part of Charles route was from just south of Steyning up to Truleigh Hill. I recommend visiting the nearby Youth Hostel there and having tea and cake!

The Downs Link path runs between the North Downs Way and the South Downs Way. It is 37 miles long. You can join it in Steyning. There is also a coastal link path which goes to Shoreham by Sea.

Borde Hill Gardens are open to the public from 19th February 2022. Country Life magazine describes Borde Hill as: “One of the country’s truly great gardens.”  The grounds cover over 200 acres across the gardens, woodland and parkland, with beautiful views over the Sussex Weald.  There are 17 acres of formal gardens, which are designed… 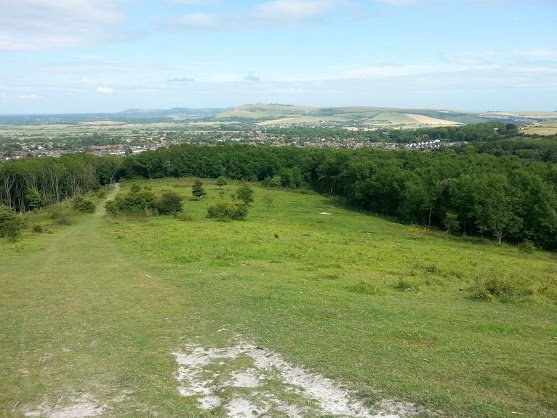 Horseshoe Walks from Steyning There are two excellent short local trails: The Lower Horseshoe and the more challenging Upper Horseshoe. This climbs high into the South Downs and then follows the horseshoe shaped ridge before descending back into the town. Whilst it is a short walk, the climb is fairly strenuous so it is ideal…

Lewes is a most attractive market town. It’s a half an hour drive from Steyning. Go there and you’ll see medieval streets, old English churches and tiny twittens (a Sussex word for alleyway). Although surrounded by chalk cliffs, the town is dominated by the remains of a 1000 year Norman castle. Panoramic views are guaranteed…

There are several castles near Steyning and Brighton which are open to the public and well worth a visit. Bramber Castle The remains of this Norman castle are on a small hill overlooking the River Adur, defending a gap in the South Downs. The one surviving wall of the tower, 14 metres high, suggests how…