Pubs with real fires are close to Rosebud Holiday Cottage. There are three within a ten minute walk where you can enjoy the heat in the winter months! 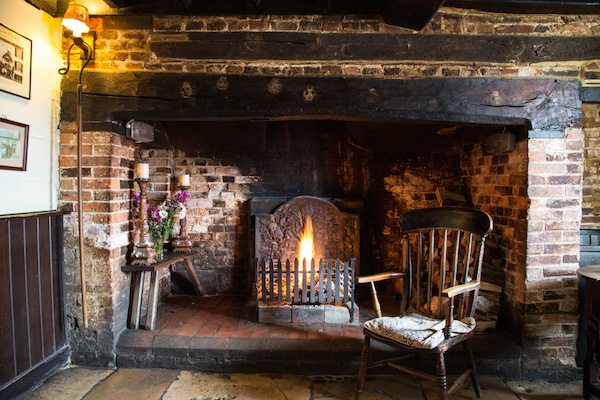 All the pubs in Steyning High Street have open fires: The Star, The Chequer Inn and the White Horse …

A few miles away you can take a seat and warm your toes at the Fountain Inn in Ashurst – seen here in the photo.

Just what you need after a walk on the South Downs!

West Sussex Canal Cruises run along the Wey and Arun canal starting from rural Loxwood .. a half an hour drive from Steyning. These usually take between 35 mins and an hour and a half. 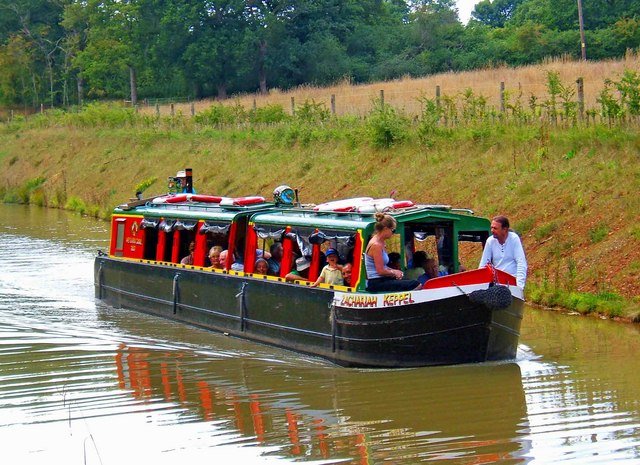 These leisurely trips usually start in early April and run every Saturday, Sunday and Bank Holiday Monday until the end of October, apart from Easter Sunday & Monday.
There can also be special Santa cruises each December .. including an evening cruise for adults (expect mulled wine and mince pies) Easter Bunny specials run each year too.
The cost is normally between £6 and £10 for adults and from £3 for children.
Details of current cruises

In the 19th century it was possible to travel by boat from London to Littlehampton on the south coast  passing through Weybridge, Guildford, Pulborough and Arundel.
The route was via the rivers Wey and Arun, linked between by the 23-mile Wey and Arun Canal. This formed a vital link, the only one between the south coast and the river Thames, linking London and the English Channel.
Sadly the route fell into disuse when railways became established. Fortunately volunteers are now restoring the waterway…

Trips also run from time to time on the Chichester Ship Canal. They offer special Fish and Chip, Afternoon Tea and Pie and Mash cruises.

I particularly recommend visiting the small town of Arundel –  just a half an hour drive from Steyning. This famous West Sussex market town is most well-known for its 11th century Castle and its Victorian gothic cathedral.

There are nearly 1,000 years of history at the castle, situated in magnificent grounds overlooking the River Arun. It was built at the end of the 11th century by Roger de Montgomery. The oldest features are the motte and the gatehouse. The motte is an artificial mound, over 100 feet high from the dry moat, and was constructed in 1068.

The castle is open from Good Friday to the end of October on Tuesdays to Sundays, May Bank Holiday Mondays & August Mondays. Admission costs: Adults £9 (gardens) to £18; Seniors £9 to £15.50; Children £9.

You can visit the cathedral at any time of year and admission is free.

Explore more of the area’s history and heritage at Arundel Museum or look at the town from a different perspective at the Arundel Jailhouse and Ghost Experience!

If you enjoy art you will be happy at one of the superb galleries. Interested in antiques? You’ll find plenty of shops with collectables.

If shopping is your ‘bag’ then you’ll enjoy the wide range of contemporary and traditional independent shops.

Water enthusiasts can hire a rowing boat on Swanbourne Lake or take a boat trips on the River Arun.  If you love nature I particularly recommend a visit to the  Wetland Centre.
Perhaps you will just want to relax in one of the many cafes, bars and restaurants or in a traditional English pub!
Read more about places to visit locally my ‘Local Top 10’
steyning Brighton and Sussex 18th May 201727th November 2020architecture, bramber, historic, west sussex

Bramber and St Mary’s House are well worth a visit.

Bramber  is a pretty village with some nature walks at Bramber Brooks. You will also find a pub and a Chinese restaurant!

Catch the no 2 bus to Bramber or drive and leave your car in the car park. It is just a mile from the centre of Steyning.

St Mary’s is a timber framed building constructed in around 1470 by the bishop of Winchester.  At that time pilgrims used the house as an inn on their way to the tomb of St Thomas of Canterbury.

The house has some most attractive gardens which you can explore. There are also some lovely cottage style tea rooms.

Both the house and gardens are usually open from the end of April to the end of September.  You can go there on Sundays, Thursdays and Bank Holiday Mondays (& Wednesdays in August) from 2 – 6 p.m.

Find out more about other local places to visit