The Steyning Stinger is a multi-terrain marathon. It was first run in 2002 and takes place on the first Sunday of March each year. There is also a half marathon race.

The undulating / hilly race takes place the South Downs between Steyning, Storrington and Shoreham-by-Sea. The route covers countryside and roads, including four hills (or ‘stings’) up towards the top of the Downs. Walkers, joggers and runners can take part.

There are several drink stations en route, one approximately every three miles.

All runners get a “free” breakfast at the end of the event at Steyning Grammar School.

Book your place through the Steyning Athletic Club

Rosebud Holiday Cottage provides cosy, comfortable local accommodation for up to 3 people. A lovely place to unwind after the race.

Many keen hikers are guests at the cottage. You will find local maps and walks guide books there. The South Downs Way is within a mile away and country footpaths start almost on the doorstep!

Find out about the cottage:

Steyning Country Fair takes place every other year on the Bank Holiday Monday at the end of May. The next fair will be in 2021.

What happens at the fair?

This is always a wonderful day out for all the family. Steyning High Street is closed to traffic and lined with stalls, entertainment and displays. There is a special sense of times past, with traditional costumes, crafts, food, Morris dancing, music, magicians, puppet shows and livestock.

There are fair rides and raffles, the dog show and the traditional cricket match. The Steyning Centre becomes an exhibition hall. You can treat yourself to food and drink all day from street stalls, local pubs, shops and restaurants.

A lovely event. Make sure you are at the next one!

This local school usually holds a Christmas Fair in November

The venue is just a 12 minute journey by car from Rosebud Cottage. Drive west along the A283 then head south down the the A24. The postcode is RH20 4AY.

This is a free annual event.  All profits go to charity.

Help celebrate 10 years of the South Downs National Park at this free family event. Activities include:

Designated an International Dark Sky Reserve in 2016, the South Downs National Park is one of the best places in the UK to enjoy the sight of constellations, planets and distant galaxies.

The South Downs National Park Authority organise events throughout the year. Check what’s on when you plan to visit

To learn more about the night sky you can also visit the Planetarium in Chichester.

South Downs Planetarium 100 seater auditorium provides an opportunity to view 4,500 stars, planets, Sun and Moon. These are projected onto 10.8 metre dome. An astronomer will be there providing an expert commentary.

Relax and explore the past, present and future of the universe and the magic of the night sky in warmth & comfort!

Find out more on the Planetarium web site

Steyning Farmers Market takes place in the High Street car park opposite the clock tower. Turn up between 9 a.m to  1 p.m on the first Saturday of the month.

This is a popular event. It’s a great opportunity to stock up on local produce. Vegetables, meat and cheeses are all on sale. You will also find some stalls selling plants.

There is usually live music to entertain you whilst you shop.

You can often combine an evening at The Steyning Jazz Club and the following morning at the market. Jazz is on the first Friday of the month.

How to get there

Read about other shopping opportunities there.

The Brighton Half Marathon race takes place each year in February. It is one of the first major half marathons in the running calendar and is now one of the most popular races in the UK.

The flat course provides a great introduction for novice runners and a fantastic training run for those working up to a full marathon distance.

Last year just under 8,000 runners took part in the event. It passes several of the city’s landmarks along the 13.1-mile route, including the Royal Pavilion, piers and Hove beach huts

The 13.1-mile race starts at Madeira Drive. Runners turn right at the Sea Life Centre towards Blind Veterans UK, further along the coast in Ovingdean. After that runners make a sharp turn on the road before the Greenways Roundabout. This brings them back west towards Brighton taking in cliff top and panoramic city views

A Wheelchair Race, Relay and Youth Races are also part of this event which, in 2020, is celebrating 30 years of running.

You can see maps of the full course and the race village here. The race start time is 9am…

Find out about the Steyning Stinger Marathon

This annual event is held every year on the first Sunday in March. It goes over the South Downs, with four steep hill climbs or ‘stings’!

The London to Brighton Veteran Car Run is the longest-running motoring event in the world. The first run was in 1896, and it has taken place most years since its initial revival in 1927. To qualify, the cars must have been built before 1905.

The race is always on the first Sunday in November… 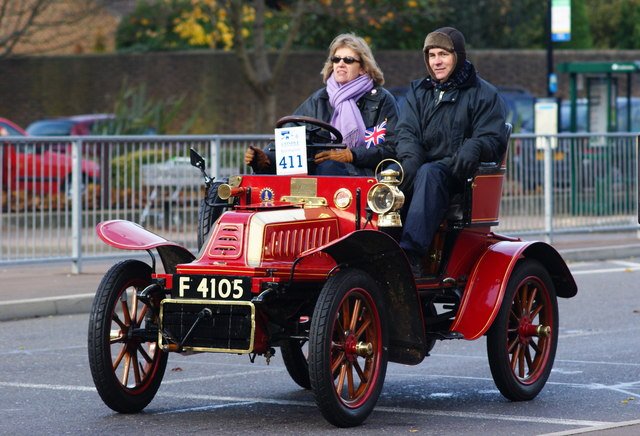 Findon Sheep Fair takes place every year in Findon Village on the second Saturday of the month in September.

Saturday is the fair itself, with…

There are craft stalls, sheep displays, sheep judging, a funfair, food stalls, and many other displays on the green.

In the evening, you can dance to live music from the popular local band Murdoch’s Crazy Eyes in the marquee (admission by pre-paid ticket)

An annual three day fair began  in Findon, back in 1261, with a government charter . The Sheep Fair proper was started by George Holford on Nepcote Green sometime before 1785. A lamb sale was held on 12th July followed by The Great Fair, always held on 14th September. Before that the sheep had been sold by private deals and the first auction sales started in 1896.

From 1925 sheep were driven in large flocks over the downs to Steyning train station for delivery but this stopped when the Steyning line was sadly closed in the 1960’s. Gradually lorries took over and sheep are no longer delivered on foot in the traditional way.

In the 1950’s the date changed to the second Saturday in September and in 1971 the July lamb sale stopped.

Most dramatically the breed of sheep, which used to be almost all Southdown’s, have tended to be replaced with other breeds so that in recent years very few Southdown sheep have been sold and the most popular rams are Suffolk’s.

How to get to Findon

Steam engines, traction engines, vintage buses and the funfair can all be found at Wiston – a stone’s throw from Steyning.

This annual event takes place just a mile from Rosebud Cottage. It is usually held in early July.

Off the Steyning Road – the A283 which runs from Shoreham to Storrington just north of Steyning. There is no access from Mouse Lane.

Buy your tickets at the gate on the day